This is another lesson from the February series, exploring core muscles and using the breath to sense the core from the inside out. It's a recorded class, which isn't as effective as a live class, where the teacher can respond to the pace of the students. But if you're curious about the class or can't attend, this is a good sample lesson to try. Find a comfortable place to lie on your back, on a carpet or other firm, padded surface. Wear comfortable clothes and allow about an hour for the lesson. Take care and don't do anything uncomfortable. You can always make the movement smaller and slower to be more comfortable, or simply imagine it, and still get the same effect. Enjoy!

Posted by Stacey Pelinka at 10:50 PM No comments:

Come as you are! 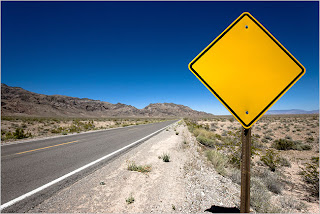 As for me, the Feldenkrais Method is the most rebellious thing I have ever engaged in. It locates authority within oneself rather than outside oneself and gave me tools to enrich my own authority.

I was happy to read the above quote in Erin's blog, because the lack of external authority is one of my favorite things about the Feldenkrais Method. After years of traditional education--trying to please the teacher, being told how to play a piece, studying for a test--it's a relief to finally learn on your own terms. The movements in a Feldenkrais lesson are done at your own pace, within your own range of comfort. Discovering your own internal rhythms and organization, you end up with a strong sense of ownership of what you've learned.

People who come for lessons are usually full of judgment about how they move and act--"I'm sitting the wrong way. Look, my shoulder is too high. I have really bad posture." But in Feldenkrais the conventional sense of right and wrong doesn't exist. Dennis Leri writes in Learning How to Learn:

In the Feldenkrais Method, each person already presents the ideal body, the ideal way to move. For many of us this is a difficult concept to grasp. We take pain, ‘poor’ posture, or limited movement as symptoms of something wrong. Yet each and every person makes the best choices possible given his or her perception of choices.

After I explained this to a friend with whom I was working, he coined a new slogan: "Feldenkrais--come as you are!"

The picture above, from an interesting article in the New York Times, may illustrate a partial answer to this question. The sign is there. But the directions in it are blank. The method creates a formal process through which you can discover your own authority. In order to create the space to experience discovery, you follow the framework of the lessons, but the content is your own. Dennis Leri describes this process in a recent interview, when discussing the work of renowned hypnotherapist Milton Erickson:

Erickson used what we call metonymical distinctions. So he would say “a man came to me today”--doesn’t say what kind of man, right? So automatically, you’re filling in content...you’re thinking, OK, not a woman, a man. So he says, “46 years old...married...6 kids...the eldest two in jail...the wife works two jobs.” In other words, he doesn’t say “The guy’s a slacker.” He doesn’t give you an interpretation. As you go along you end up filling it in.

Dennis goes on to say that an Awareness through Movement lesson does much the same thing. The teacher (or facilitator--more on that later) asks, "Where do you feel changes?" rather than saying "Your left shoulder should now be pressing into the floor more." You fill in the answers yourself--the content is your own. More subtly, the teacher instructs you to do a movement involving the right side, then on the left side. You compare the sides and discover a wealth of new content--new sensory, intellectual, kinesthetic, and emotional information. You have a more complete sense of yourself on many different levels, and you have discovered that sense, rather than being told by someone what you should feel.

This is why the words teacher, student, and lesson are misleading. Ilana Nevill writes about this incongruence in the most recent Feldenkrais Journal:

Our students lie in a rather vulnerable position on the floor while we as teachers tower above them, guiding and instructing them to become more aware of having a choice: either to remain dependent on what others tell them or to assume personal authority in discovering what is right and good on their own.

Ilana Neville, "Toward a Culture of Mutual Learning," Feldenkrais Journal No. 22

This can lead to an expectation of more passive learning, while in reality Awareness through Movement creates the space for you to learn actively and own what you learn. Nevill prefers to use language such as dialogue, play, exploration, partners in learning.

Feldenkrais: Come as you are! Explore, play with options, make discoveries. Leave subtly transformed, with a new sense of yourself, but feeling even more deeply you.
Posted by Stacey Pelinka at 1:31 PM No comments:

Do you feel centered?

What does it mean to be centered--physically, emotionally, mentally? Where is the center? Moving from the center is a fundamental strategy of the martial arts. Our powerful core muscles are stronger than the muscles of our limbs and using them can make movement seem effortless. Discover movement from the center and you may feel centered in every sense of the word.

This lesson uses a breathing technique from Judo to help you sense the varieties of movement that happen while breathing, and get more familiar with the core of yourself. You'll need about an hour to lie on a soft carpet or mat and do the lesson. Enjoy!

[disclaimer: this lesson and the others posted below were recorded during a live class. The pacing and instructions respond to the students in that class. Participating in an actual class is always more effective, but if you can't do that this is the next best thing. Take care and don't do more than you can easily and comfortably.]

Posted by Stacey Pelinka at 2:00 PM No comments: